Sexually Transmitted Infections (STIs). It’s not a popular topic, but an important one. There are many different types of STIs and confusion on how they affect your body and health. Let’s begin by answering some common questions:

What is an STI and how is it different from an STD?

There is no difference. STI stands for sexually transmitted infection, STD stands for sexually transmitted disease. The word, “disease” can suggest a clear medical problem with signs or symptoms. However, several of the most common STDs have mild to no signs or symptoms in those who are infected. This means that the sexually transmitted virus, or bacteria, could be described as creating an “infection,” which may or may not result in “disease.” For example, chlamydia, gonorrhea, and herpes. For this reason, some professionals and organizations decided to introduce the term “infection” to replace the term “disease.”

How do I know if I have an STI?

Most STIs do not have any symptoms. For women, symptoms can include: abnormal vaginal discharge; burning with urination; abdominal or pelvic pain; vaginal bleeding between periods; rectal pain, discharge and/or bleeding, genital warts; and sores on genitals. For men, symptoms can include: discharge from the penis; pain or swelling in one or both testicles; rectal pain, discharge and/or bleeding; and sores on genitals.

What are the different kinds?

How Do They Spread?

Do Condoms Protect Me from STIs?

When used properly each time, condoms can reduce, not eliminate, the risk of STIs.

How Can I Avoid Getting An STI?

The following basic prevention steps may help lower your risk:

– Use latex condoms correctly every time you have sex

– Limiting your number of sex partners

Who Should Be Tested?

For women, you should be tested if: you are sexually active and not in a long-term, mutually monogamous relationship; you are a sexually active 25 years old or younger; or you are pregnant.

Why Should I Be Tested?

If you are pregnant, it is very important to ask your doctor about being tested for STIs. Pregnant women can infect their babies with STIs before, during, or after the baby’s birth. According to the CDC, “Both young men and young women are heavily affected by STIs — but young women face the most serious long-term health consequences. The CDC estimates that undiagnosed STIs cause 24,000 women to become infertile each year.”  The CDC also estimates that almost 20 million new cases of sexually transmitted infections occur annually in the U.S., and half are among young people ages 15–24.

With the growing amount of infections and statistics of those infected, it’s important to be educated on STIs, their symptoms, and when you should get tested. As always, have an open conversation on STIs each time you visit your doctor, if you choose to be sexually active.

Did you know that AVA Care now provides STI testing (gonorrhea & chlamydia) for pregnancy test clients that are facing unintended pregnancy? If you think you’re pregnant and need to be tested, click below to schedule an appointment or call our office to speak with a nurse.

Stay tuned for our next blog in the series as we expand on the most popular STIs and how they affect your body.

AVA Care is here to Advocate for you, Validate your concerns and provide Answers to your questions. We are here for you – no matter what you decide. Schedule an appointment online or call 540.434.7528 today. 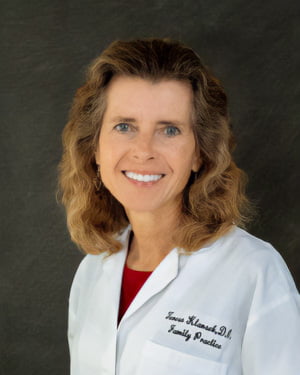 The content on this page has been reviewed and approved by our Medical Director Dr. Teresa Klansek.

Know your options. Be educated.

Call AVA Care of Harrisonburg today for an appointment.